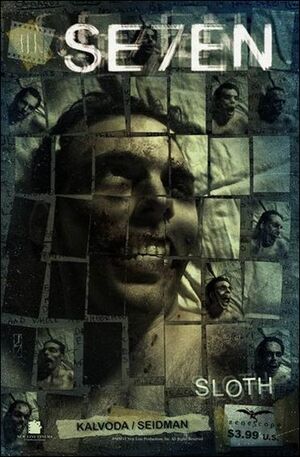 He claimed that his work would be followed. He claimed his work would be studied and he claimed the lives of those who have sinned against God. One of the most terrifying killers in cinema history has returned after a decade long absence... A drug dealer pedophile who is too apathetic to care about his own life or the lives of those he infects has become an unwilling pawn in one man's masterpiece. A horrific act of human torture is revealed and the hidden past of the notorious John Doe begins to be exposed.

Retrieved from "https://zenescopeentertainment.fandom.com/wiki/Se7en_Vol_1_3?oldid=10534"
Community content is available under CC-BY-SA unless otherwise noted.