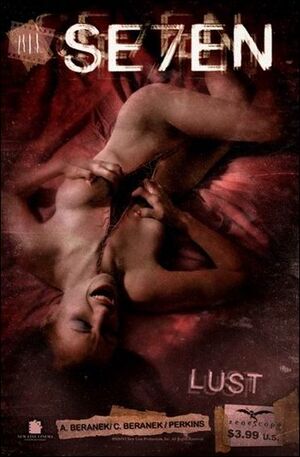 As Doe searches out his next victim in the seedy underground of the city, it triggers flashbacks to his own adolescent life and the circumstances that led up to a very disturbing event that occurred so many years ago. Reflecting on his strained relationship with his overbearing mother, John relives events that began to shape the man he has become and he must fight off his own demons before he can continue Gods work.

Retrieved from "https://zenescopeentertainment.fandom.com/wiki/Se7en_Vol_1_4?oldid=10535"
Community content is available under CC-BY-SA unless otherwise noted.