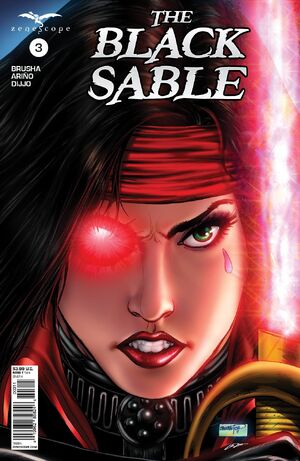 The crew of The Black Sable have been in tough spots before, but this might be their toughest yet. Caught in the middle of a triangle of death between the deadly Space Kraken, Captain Blood and the Federation, their quest for the lost treasure they seek is put on hold as they look for a miracle that can get them out alive.

Retrieved from "https://zenescopeentertainment.fandom.com/wiki/The_Black_Sable_Vol_1_3?oldid=17913"
Community content is available under CC-BY-SA unless otherwise noted.