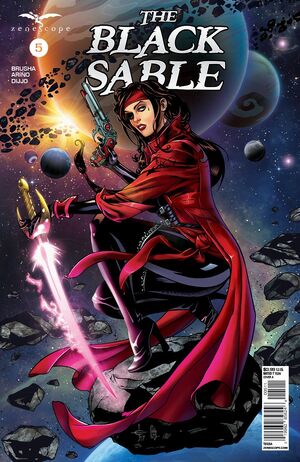 Captain Sable and her crew have overcome one danger after another in the pursuit of the galaxies most valuable treasure, but now with their goal within reach all that stands between them and it, is the deadliest pirate, space has ever seen...the notorious Captain Blood.

Retrieved from "https://zenescopeentertainment.fandom.com/wiki/The_Black_Sable_Vol_1_5?oldid=17915"
Community content is available under CC-BY-SA unless otherwise noted.