Virgil is a blind man whose soul is currently trapped in Inferno.

A blind man approaches Mercy on a subway train when she is panicking because she saw a man transform into a demon. Seemingly asking if she was okay, he actually warned her that she was in danger, that she needed to open her eyes and that she had to be careful because "they" were coming for her.

Mercy meets the man once more on a subway train. He noticed that Mercy had opened her eyes and introduces himself as Virgil. Virgil tells Mercy that because of some bad choices during his life he has to ride the train every day and ask for forgiveness to anyone who might listen, hoping that one day he can find his way out of Inferno. Although he doubts that that day will come for him, he believes Mercy has a chance at redemption and gives her his watch, explaining that a blind man has no use for it. The watch used to be his wife's and, during his life, he kept it with him after she died, believing it was the only thing keeping him sane in a world of insanity. Virgil thinks that Mercy will soon be tested to her limits and hopes that the watch will help her the same way it helped him. When Mercy asks him why he is helping her, he answers that because he wishes someone would have done the same for him. Virgil parts ways with Mercy, warning her to not mis her train.

When trying to persuade Belial to release Grace, Mercy finally understood the meaning of Virgil's watch. 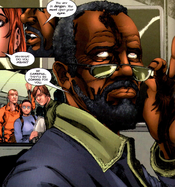 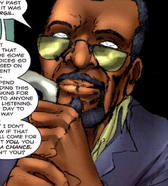 Inferno 3
Add a photo to this gallery
Retrieved from "https://zenescopeentertainment.fandom.com/wiki/Virgil?oldid=12909"
Community content is available under CC-BY-SA unless otherwise noted.